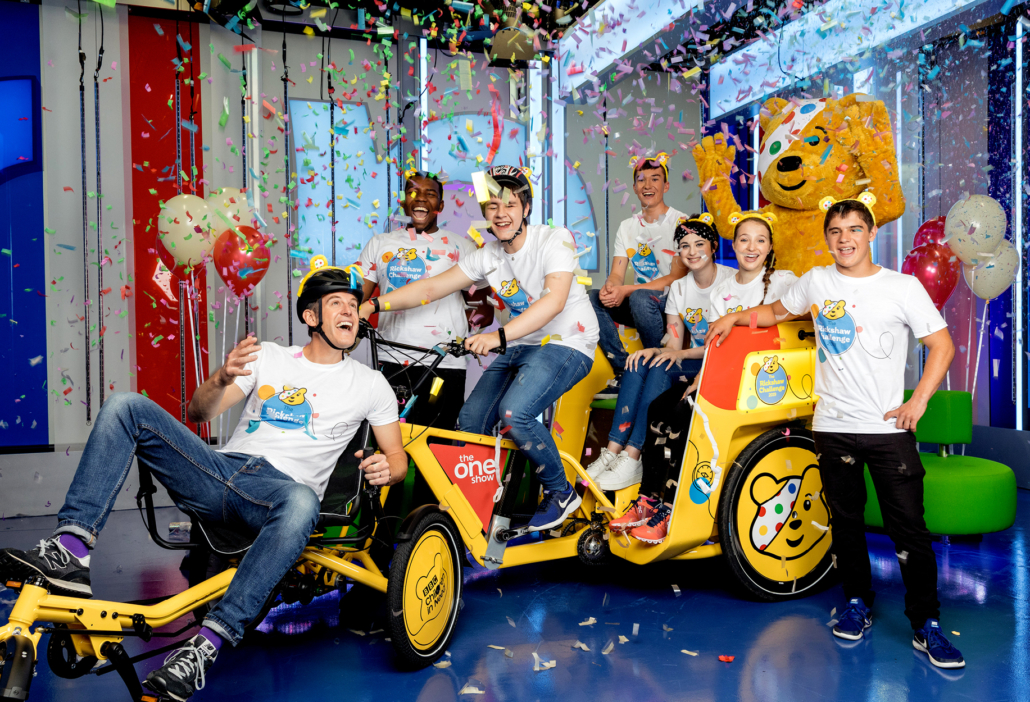 Parkwood Leisure is always proud of the work that its staff does for charity and this month is no exception, as lifeguard Emma Redgate has been chosen to take part in the 2019 BBC Children in Need Rickshaw Challenge.

Emma, based at Rushcliffe Arena Leisure Centre, was diagnosed with Biliary Atresia aged just 10 months, resulting in her undergoing two liver transplants. In 2017, Emma then suffered a seizure which led to her being unable to walk and having difficulty with her sight.

However, that didn’t hold Emma back and a year later her sight returned and following a long rehabilitation and physiotherapy programme, Emma was able to walk again.

She has since gone from strength to strength and is now set to face the famous BBC Children in Need challenge as part of a seven-person team, which is led by The One Show host Matt Baker. Starting in Holyhead, the 400-mile route will see the team ride to Flash, the highest village in the UK, and tackle the steepest street in the world in Harlech, Wales, before arriving in London on Friday 15th November, the eve before this year’s BBC Children in Need Appeal Show.

“It was actually my charity – Children’s Liver Disease Foundation – who put my name forward to take part,” explained Emma. “I received a call in March to say that I was one of 250 who had been nominated; this then got cut down to a shortlist of 11 and we were then invited along to a testing day.”

A number of fitness tests were conducted to ensure the participants were capable of taking on tough scenarios through the journey, in particular getting used to the rickshaw; “We had to make sure we were comfortable riding the rickshaw as it’s different to just riding a bike; you have to turn your whole body to move left or right, which puts a lot more strain on your muscles and joints than riding a conventional bike does.

“Our resting heart rate was also measured in between cycling sessions and I was tested to see whether I could manage longer sessions on the rickshaw, which I was really pleased to discover I was able to do.”

Fitness has always been a huge part of Emma’s life; A big swimming fan, Emma was a keen competitor in the water and represented Team GB at the World Transplant Games in 2015, taking home five medals including three golds.

Building on her love of swimming, Emma wanted to use her knowledge and interest in the sport and decided to gain experience as a lifeguard at her local leisure centre, Rushcliffe Arena.

Having completed her on-site training, Emma is set to return to Rushcliffe after the Rickshaw Challenge; “I’m really excited to learn and build more skills which I can use in my role at Parkwood, and the Rickshaw Challenge is great preparation – although a bit unusual! It’ll be a great way of improving on my fitness levels and help me with being able to cope well under pressure and work within a team.”

With Emma set to take on the Rickshaw Challenge, she not only wants to prove to herself but also send out a message to everyone who has experienced similar difficulties; “Just because you go through setbacks doesn’t mean you have to stop what you love doing or not push yourself outside your comfort zone to do something. You can do whatever you want to do, as long as you put your mind to it.”

Emma and her teammates begin their journey on Friday 8th November at Holyhead and will finish their challenge on Friday 15th November at the BBC Elstree Studios in London.

Click here to support and donate to Emma and her fellow participants for the Rickshaw Challenge.