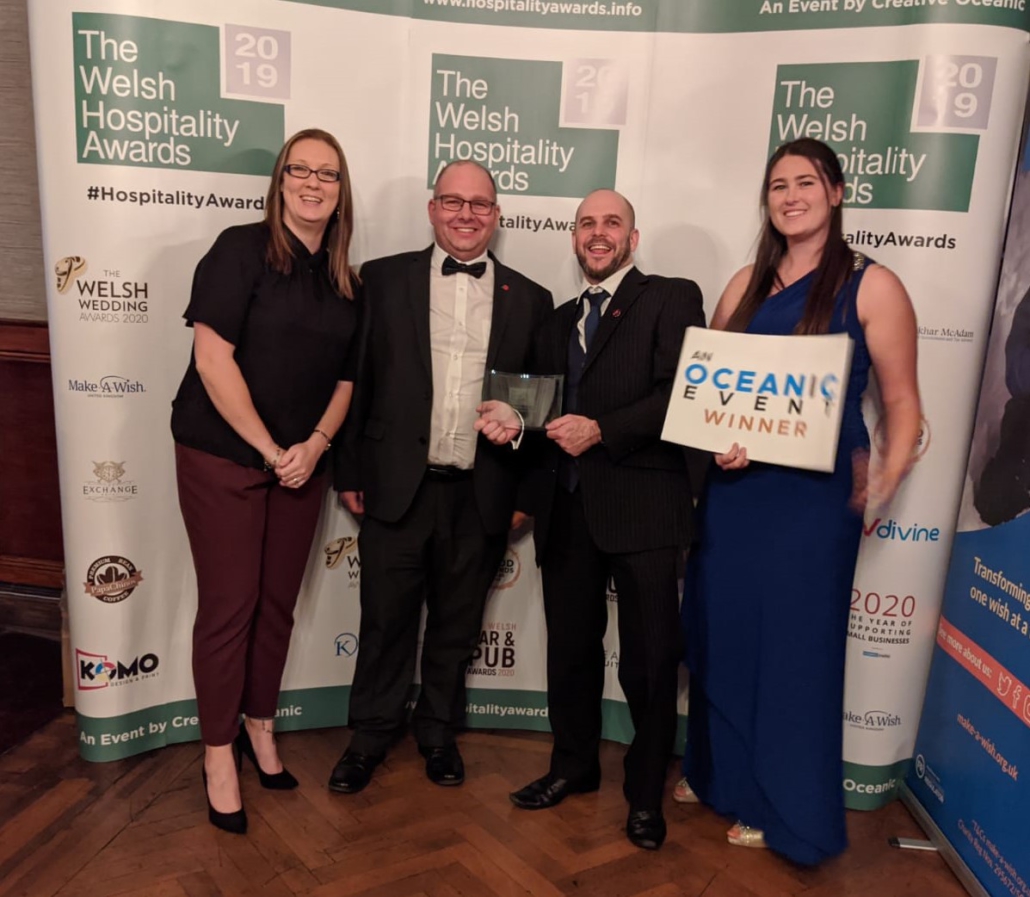 Wednesday 27th November, 2019 – It was a hat trick of award wins for Parkwood Leisure earlier this month, with three of the operator’s Welsh facilities being recognised at regional and national awards ceremonies.

The 2019 Welsh Hospitality Awards, an annual event which celebrates the efforts of businesses from across the industry, saw nominations for Dolygaer (‘Best Day Out’), plus Cardiff International Pool & Gym and Plantasia (‘Family Venue of the Year’).

The winners, which were voted for by the public, were announced at the awards ceremony on Monday 18th November; outdoor activities centre Dolygaer beat eight other sites to win the ‘Best Day Out’ award, whilst Cardiff International Pool was named ‘Family Venue of the Year’.

Just losing out at the Welsh Hospitality Awards, indoor rainforest attraction Plantasia went on to be named ‘Best New or Renewed Business’ at the Swansea Bay Tourism Awards later that week; the popular site re-opened in April following a £1.1m investment by Swansea Council and a new partnership with Parkwood Leisure.

Colleen Tulmelty, Parkwood Leisure’s Regional Director for the South West & Wales, said of the recent award wins: “These awards acknowledge those who have made a positive difference to the hospitality industry and, more importantly, to their local communities, and it’s fantastic to have three of our sites rewarded for their achievements over the past year.

“All three offer something different and represent the breadth and quality of facilities that we operate; we are very proud of their success and also want to congratulate all the other finalists and winners for their contributions to the local hospitality and leisure industries.”