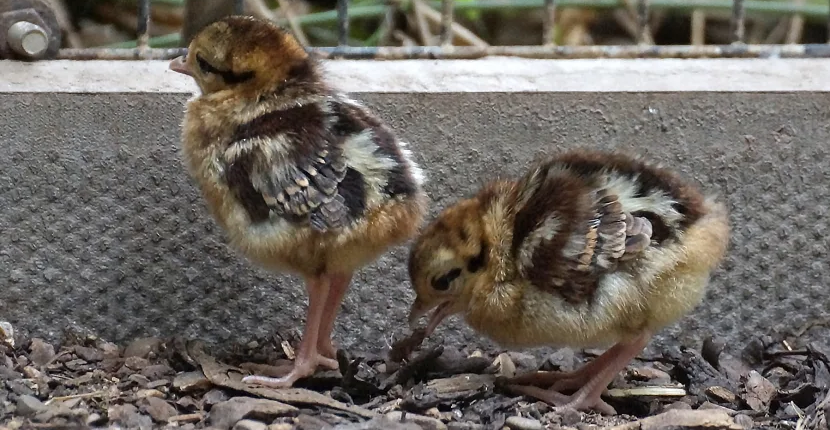 Parkwood Outdoors’ rainforest zoo, Plantasia, is celebrating the births of newborns from two critically endangered species as part of its ongoing conservation work.

Staff at Plantasia welcomed a baby Egyptian tortoise in early April, closely followed by a clutch of Edwards pheasant chicks.

Both species are critically endangered, with numbers declining largely due to habitat destruction and other environmental threats.

The Egyptian Tortoise is thought to be extinct in its native country, with only a very small number surviving in bordering Libya.

The Edwards Pheasants are believed to be extinct in the wild, with no recorded sightings of the species in their native Vietnam since the year 2000.

After the park was forced to close once again at the start of 2021 due to the coronavirus pandemic, the zoo has concentrated all of their efforts on the fight against extinction and rehoming a number of species.

The newborns face a race in development to be shown the public when the park reopens on 17 May. General Manager Anthony Williams is looking forward to the reopening and delighted with the birth of the endangered species:

“We are really looking forward to welcoming back guests later this month and hopefully they will be able to see the newborn Egyptian tortoise and Edwards pheasant chicks which are highly endangered species. We are delighted to have them at our zoo and they’re looking very healthy.”

“The first six weeks are critical for their development, and our keeper team is doing an amazing job in facilitating this.

“The babies are a big boost to our conservation works, which we have tried to continue during closure, and they highlight the importance of zoos helping the survival of many species across the world.”

Discover how we can help – Get in touch today.